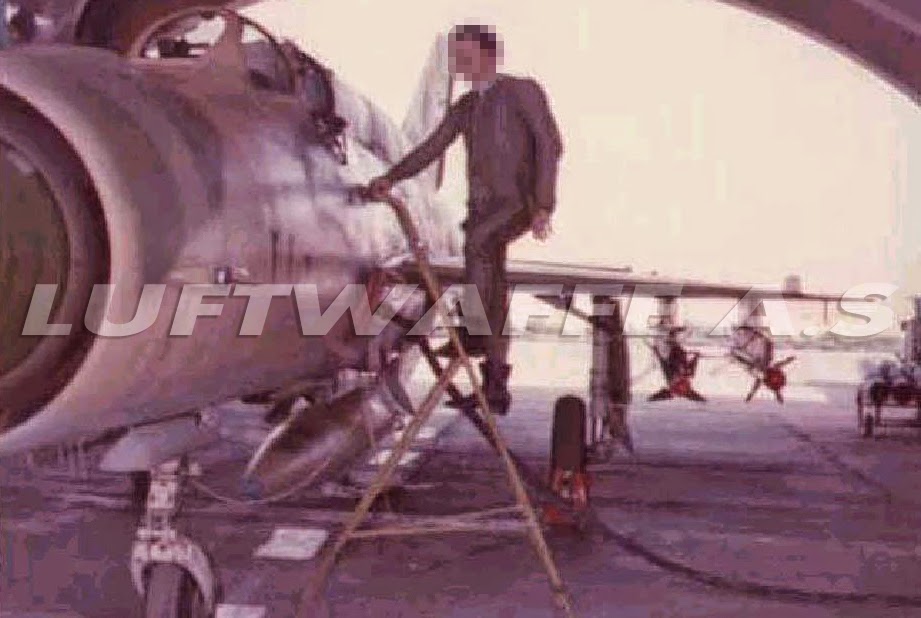 Unique and for the first time a stunning photo for a SyAAF MiG-21bis carries a serial starts with 22xx ready to scramble inside a HAS fitted with four AA-2 air-to-air missiles (variant is not clear whether R or M). 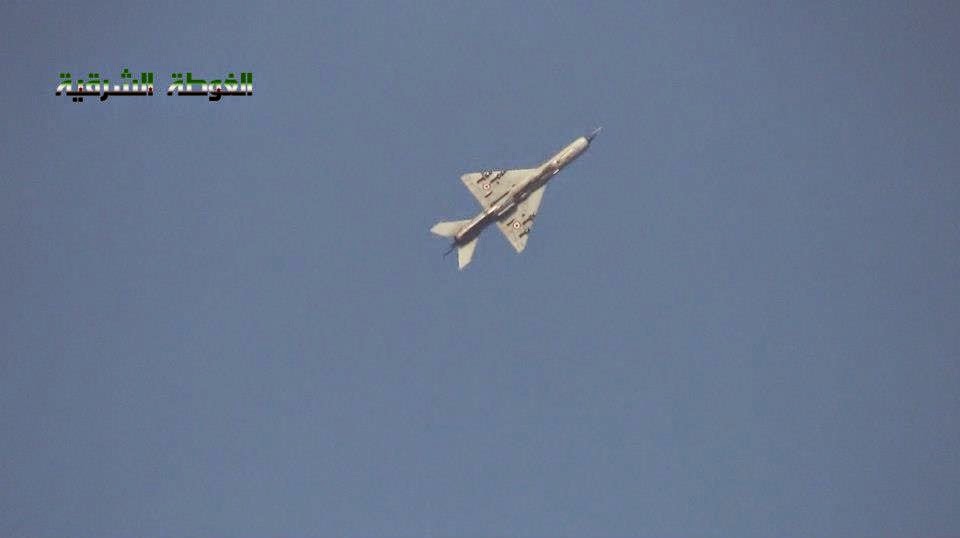 A SyAAF MiG-21bis spotted maneuvering over Erbeen town in the Eastern Ghouta of Damascus on 20th Nov. 2012. 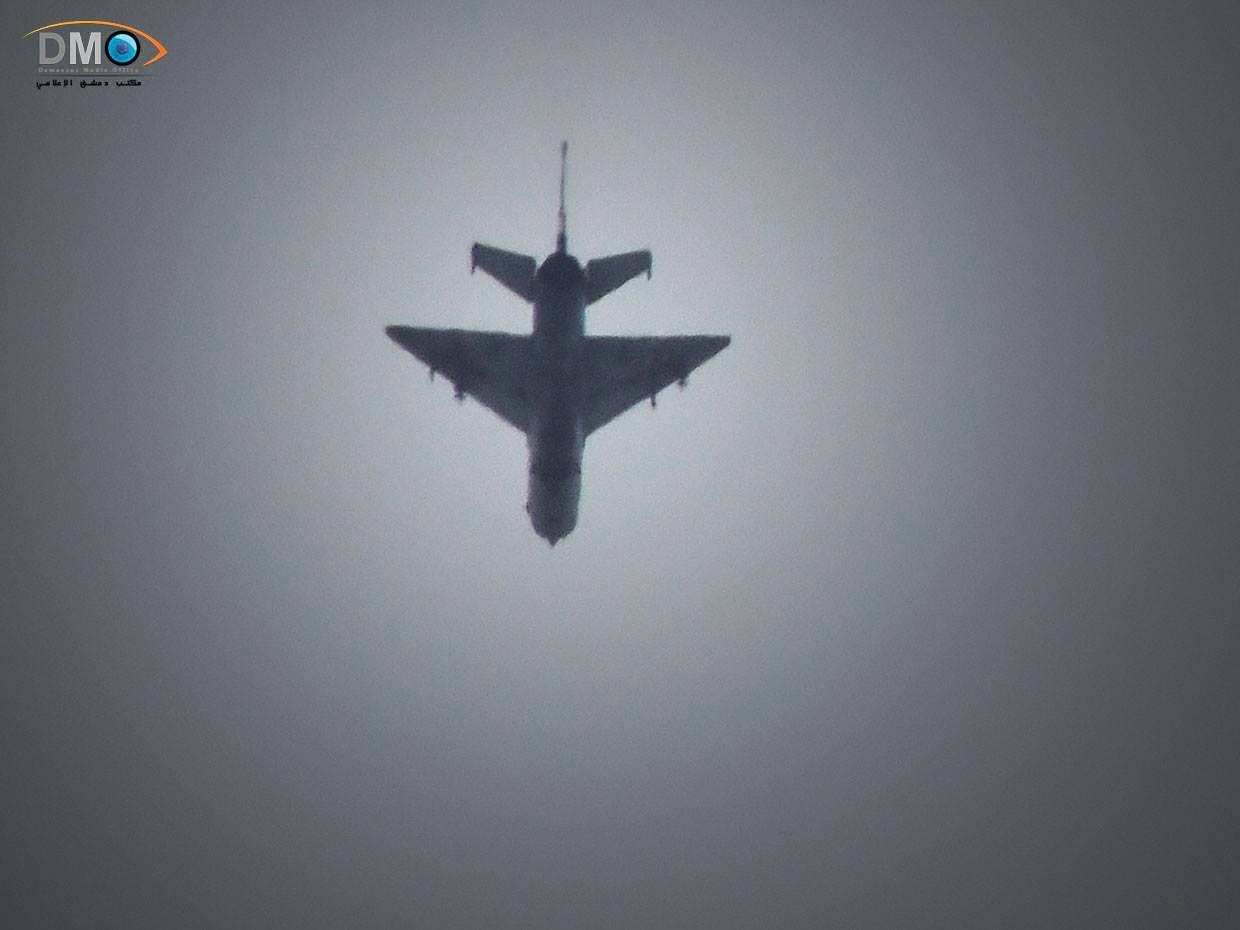 Another bis spotted flying over Mleha town on 26th May 2014 during the Syrian Army offensive at that area. 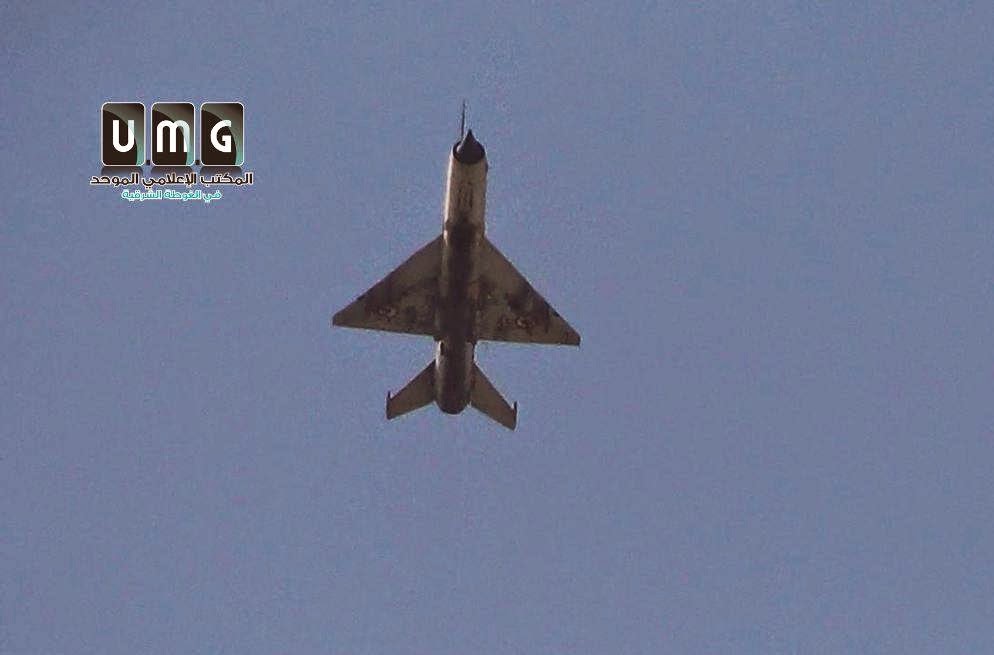 The next day as well, 27th another bis was spotted. 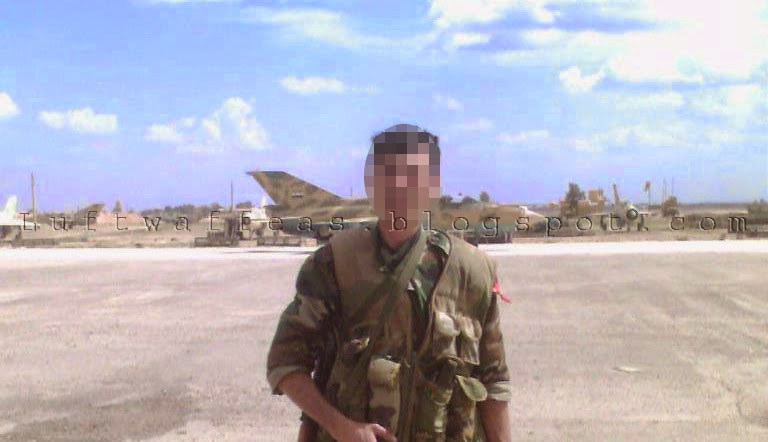 Group of various variants of MiG-21's phased out in Deir EzZour AFB. The one on Tarmac looks the only operational one. 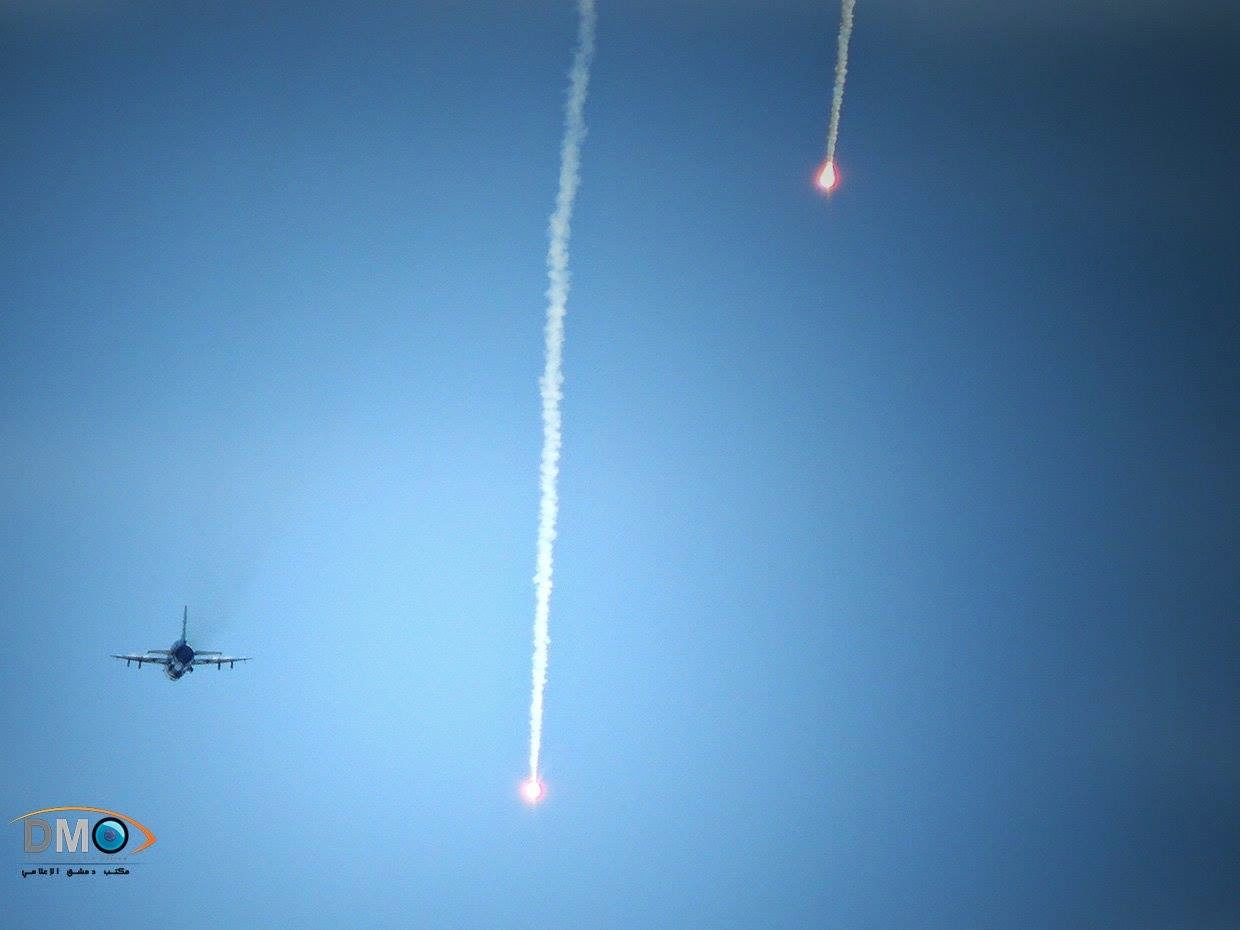 Amazing shot for a Syrian MiG-21bis dispensing flares over Eastern Ghouta towns on 12th May 2014. 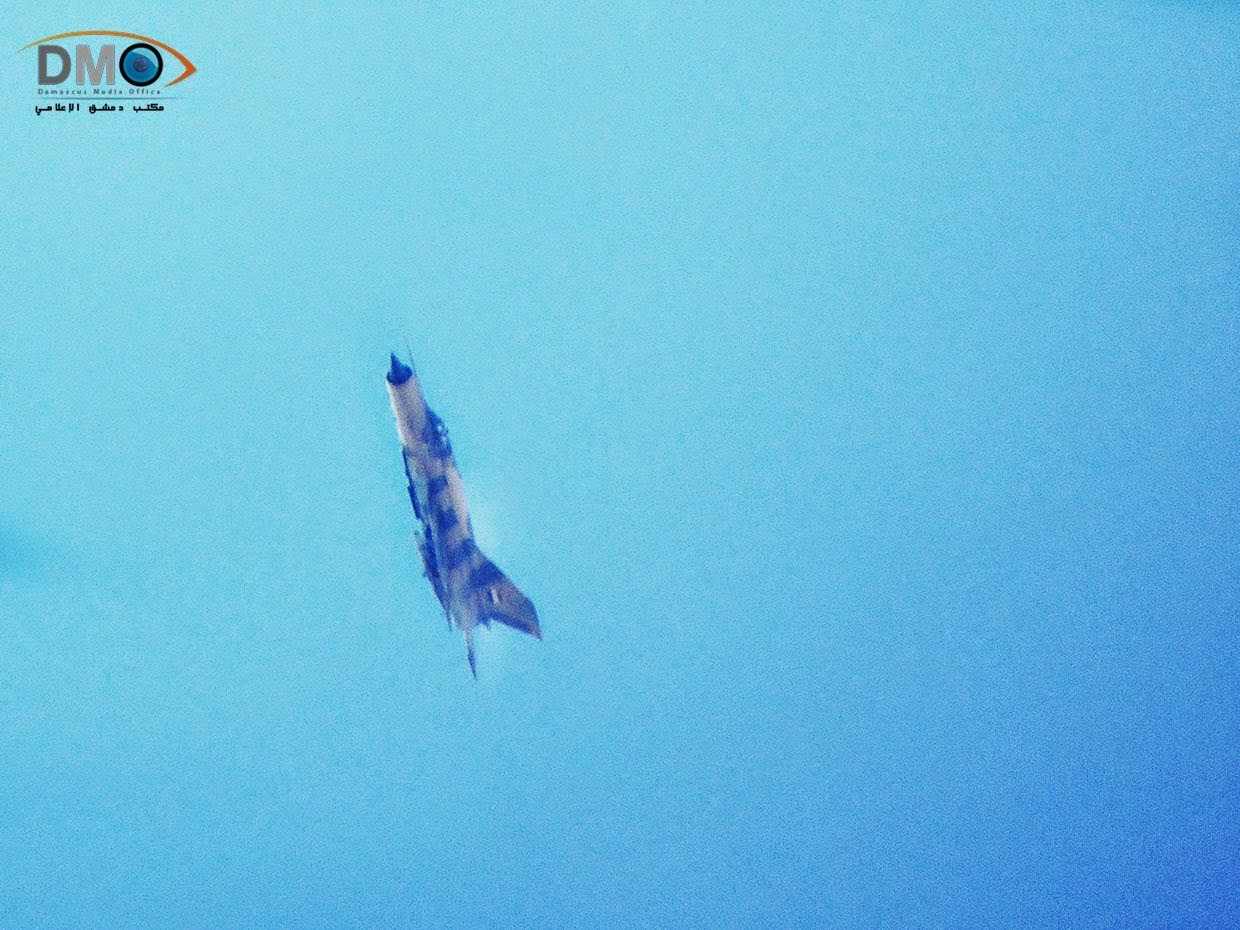 Another shot for the same here, as it looks fitted with S-24 air-to-surface missiles.

I'll end this post here with a wonderful still of a SyAAF MiG-21bis seconds after it left the runway of Dmair AFB fitted with four FAB-100 bombs. The serial looks like 2241.
Posted by R.S