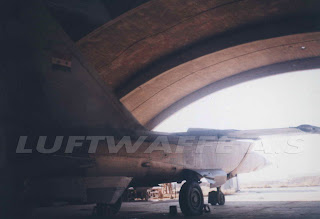 New photos for the Syrian Air Force Mig-25RB inside hangar. 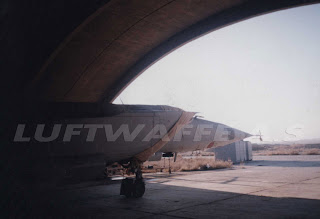 SyAAF received eight of this RB variant, unknown number of this aircraft are still in service till today.
Posted by R.S 6 comments: 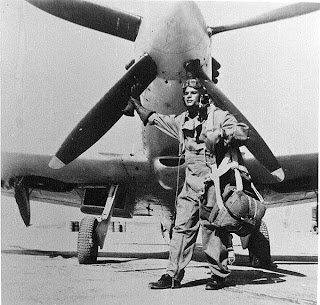 Another two photos I could find on net for aircraft of the REAF (Royal Egyptian Air Force).
The above is for the REAF pilot "Tahseen Zaki" standing infront of his Supermarine Spitfire, this photo was taken after Palestine War.

Another photo for a REAF Spitfire which was among those which attacked Ramat David airbase in the north of Palestine on May 22nd 1948 with photos of martyred pilots, from right to left:
Sa'ad Sadiq Al Dwaini, Thotmes Kamel Gherial, AbdulKareem Muharram, Nasr Eddin Zaghlool and AbdulRahman Anan (who was captured).

As per Wikipedia...
"On May 22, Egyptian Spitfires attacked the British RAF airfield at Ramat David, believing the base had already been taken over by Israeli forces. The first raid surprised the British, and resulted in the destruction of several RAF aircraft on the ground, and the deaths of four airmen. The British were uncertain whether the attacking Spitfires had come from Arab or Israeli forces. When second and third raids followed shortly afterward, they met a well prepared response, and the entire Egyptian force was shot down"
Posted by R.S 3 comments: