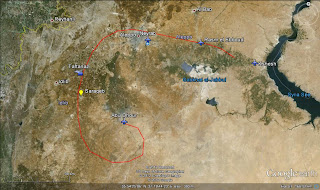 For Mig-21's and 23's they may take off from Abu Dhour through the path as shown and our friend here spotted these aircraft over Saraqeb on there way north over Aleppo before taking there linear way to pass over Rasm Al Abboud AB where the celebration of graduation is taking place. 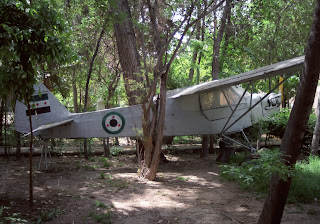 This must be the first of my "Air Force Museum"series, but till I could find the best photo reference (taken in 1996) published by Mr.Jetnoise at UK Airshow Review website.
The Army Museum in Damascus was almost my daily passage to university, but that time I didn't know that someday I will leave and the aircraft in display there will be shifted to an unknown destination !!
Starting with the Piper Super Cub which might be the first trainer to be acquired by SyAAF, few numbers were operated from Mennegh / Neyrab AB till mid 1960s. 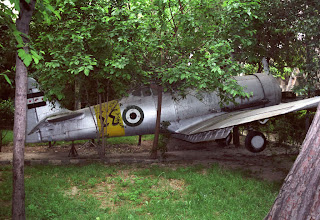 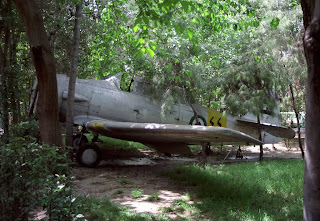 This trainer joined SyAAF in 1948 and operated mainly from Neyrab AB, this was the only surviving airframe of this type.
One airframe was seen in Mennegh AB in 1980's, not sure whether it is still there. 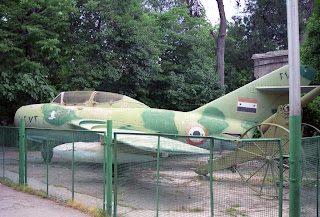 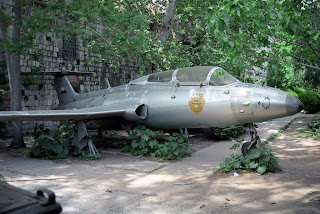 The Czechoslovakian made Aero Vodochody L-29 Delfin, an advanced trainer often in silver finish (MNF) and rarely seen camouflaged, operated mainly from the SyAAF Aviation Academy in Neyrab then Rasm Al Abboud AB (Kweres).
Many airframes of this types are found at Kshesh, Rasm Al Abboud and Neyrab AB's. 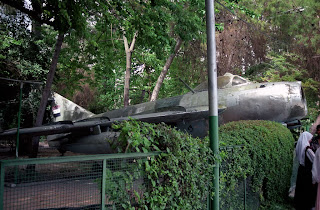 An ex-Eastern German MiG-17 carries the serial 1196 delivered to Syria during the 1973 war.
First batch of this aircraft was delivered in 1957 and operated from Mazze AB near the capital; later on, 100's were delivered and operated from most of Syrian AFB's.
In late 1970's early 1980's all the fleet of this aircraft were withdrawn from service from their fully operational condition for unknown and obscure reason !! The most famous boneyard is located in Kshesh AB with around 60 units sadly laid there !! 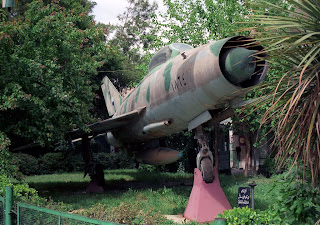 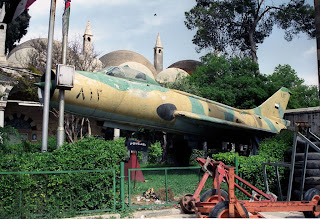 The 813 Su-7BMK as well, these aircraft afterwards, used to receive new paint year by year... 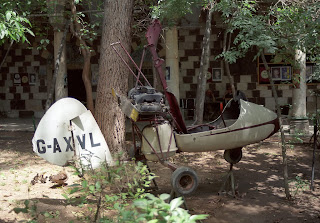 A captured Gyrocopter plane (probably was used by Israelis to spy over Syria) reg. G-AXVL.
Aside these aircraft, there were few captured French tanks and vehicles in display in this Army Museum, in addition to the Capsule which carried the first Syrian spaceman to the exterior space (Mohammad Faris).
Posted by R.S 4 comments:

Just recently I played the Ubisoft's game "Tom Clacy's : H.A.W.X" , I'm not posting here to review this game in details but I would like to share this experience with you.
This game is simple and suitable for those whom have not more than few hours a week to spend playing; doesn't require tough hardware specs and it's operable on any laptop (I'm talking about normal laptops).
It's easy to launch, start, select mission, aircraft and weaponry then start from sky; Thus, you don't need to waste hours in adjusting and setting config. 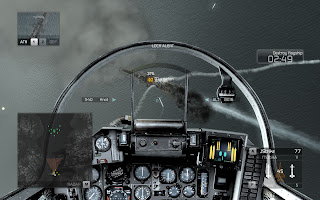 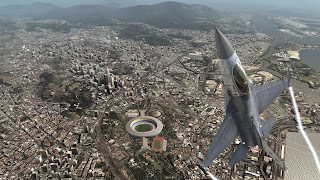 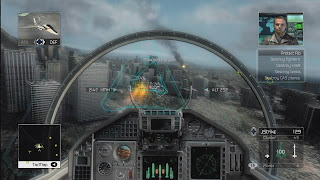 Weapon selection is very poor, not realistic, but as I said above...seems it will satisfy whom have work stress and want to fire some missiles and drop some bombs... 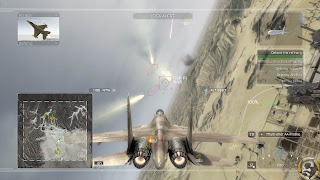 Camera can be set as external and as HUD, but for sure you will prefer to set it from cockpit.
Just one last comment, you may need a simple game gear, I got the Logitec Extreme 3D Pro, and it's realy fantastic and more than enough for this game.
Posted by R.S 3 comments: 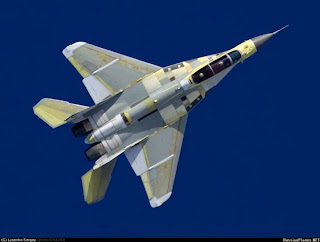 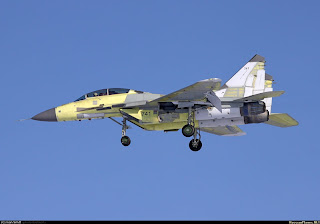 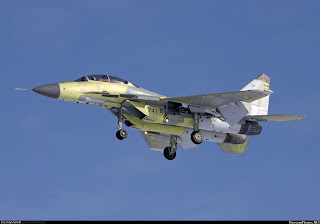 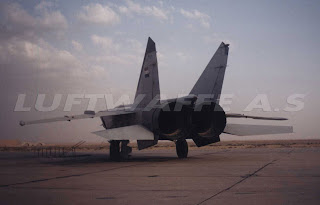 Although it's a special day, but a real BLACK day for the megadeth of more than 300 innocents murdered by the  Assad's bloody regime...to post the very first photo of a SyAAF Mig-25RB; camo is the standard plain gray as available in most of airforces those operated this monster.
This variant in addition to be a reconnaissance aircraft it can carry out bombing role with a total bombload of 4,000 kgs !!
Posted by R.S 9 comments: 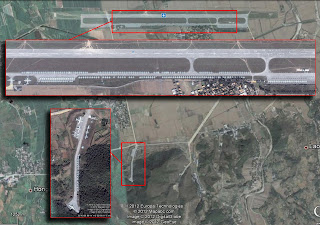 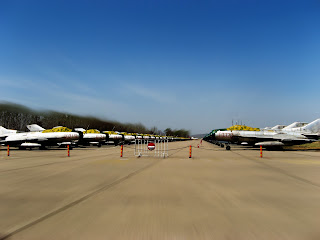 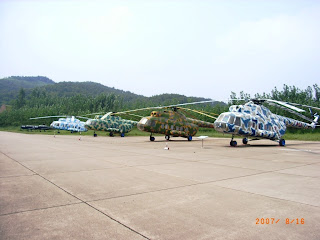 In the southern gate under the hill, some attractive airframes in display for public as a museum.
Above 4 Mil Mi-8's in different camos. 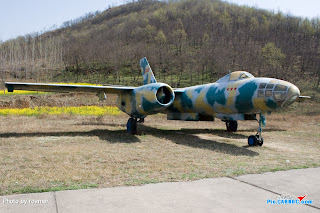 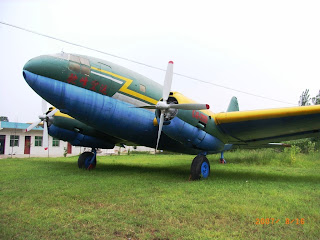 Is this the Chinese variant of Curtiss-Wright C-46 !?!? 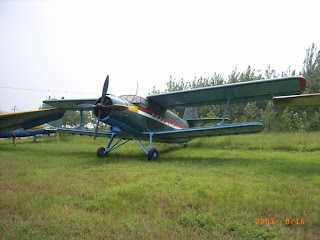 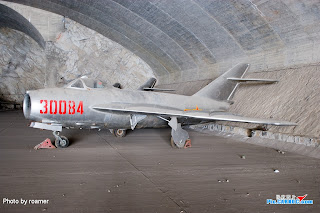 As many of AFB's in China, this base also contains an underground facility for protecting and storing aircraft, above a J-5. 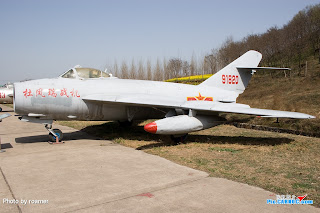 Another J-5's line at the gate of the underground tunnel. 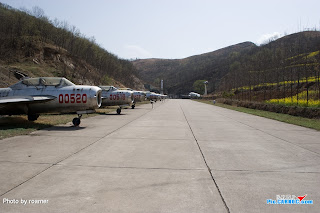 Few JJ-5's among these.
Posted by R.S No comments: