I awaited this day, the end of 2013 to share my UPDATED LIST of aircraft and air vehicles spotted over Syria since the beginning of the uprising on 15th March 2011.

As usual, I would like to remind readers, observers and analysts here, that this list does not reflect the actual air raids and bombardment sorties SyAAF -or let us say Assadist Air Force to be accurate- is conducting in Syria as the actual rate is much more higher. Hundreds of videos are available as well for post-bombarding showing the after-impacts of a bomb been released over somewhere without showing the aircraft itself.

What's new in the fourth quarter of 2013, (September to December) :
- Spotting for the first time a V.I.P transporter, Falcon 20F taking off from Mazze airbase.
- After months of disappearance, the L-39 continued its sorties over Idleb (day flights) and over Aleppo city (mostly night flight), the remaining operational units are remained in Neyrab airbase (Aleppo IAP).
- The first appearance for a Syrian MiG-29 in action over Damascus.
- The use of Iranian made 'Yasir' UAV, first spotted over Damascus.
- Syrian MiG-23MF/ML first seen in action over Idleb.
- The first clear video of Israeli F-15's over the Syrian/Lebanese borders. 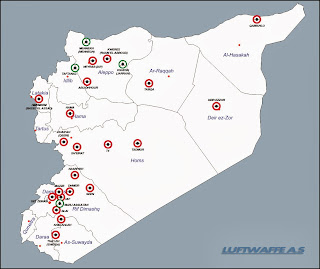 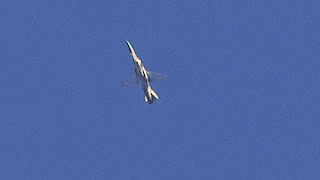 Spotting a Syrian MiG-23 over Jabal Azzawiyah area (Idleb province) is not new. The first appearance of this aircraft was recorded on 10th Aug. 2012 when a BN ground attack variant carried out a bombing sortie over Farkaya town, followed by another one of the same variant on the 24th of the same month. After that, the role of the BN was assigned mainly to the Su-24MK, with numerous records for the MiG-21's & Su-22's.

In September this year, and specifically on the 8th, the first MiG-23MF (fighter/interceptor) variant was spotted in that area. That time the aircraft flew in a straight line, armless and even without pylons.

After that, and starting from November, such type continued flying and conducting ground attack raids over towns and villages in that area. In the date above mentioned, an MF was photographed -above- maneuvering over the area fitted with Kh-23 air-to-surface guided missile under the wing-glove pylons and a Delta NM targetting pod is seen fitted to the air intake pylon. 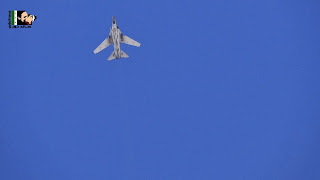 On 30th Nov., another MiG-23 was photographed, but this time it was the ML, the pure fighter variant!! 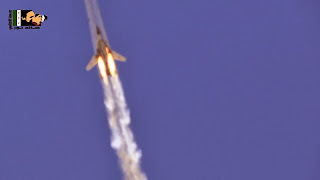 It was fitted with B-8 pods launching S-8 unguided rockets over the area. 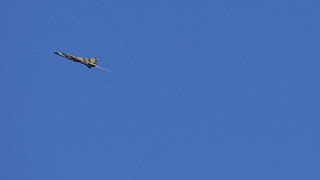 On 21st this month, an MF flew over Kafrunbel town and attacked a ground target with gun. In this photo above it can be seen climbing with afterburner after the attack. 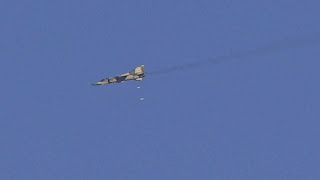 Two days later, on 23rd, another MF dropped two FAB's somewhere over the area, bringing to our mind that SyAAF is using any air-worthy airframe in its raids against rebels.

This is not a new photo for Syrian MiG-23MF's trio; it was taken in 80s or 90s during the Air Force Academy graduation ceremony in Rasm Al Abboud airbase showing the Green radome this variant is famous with which means that the aircraft was overhauled and locally upgraded in 'The Factory' in Al Neyrab.
Posted by R.S 1 comment: 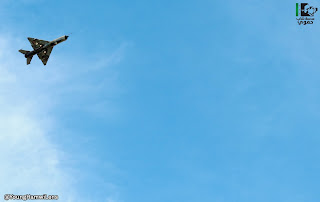 One of the most artistic shot for a Syrian jet is this! SyAAF MiG-21 with its landing gears down maneuvering to land in Hama airbase on 6 June 2013. 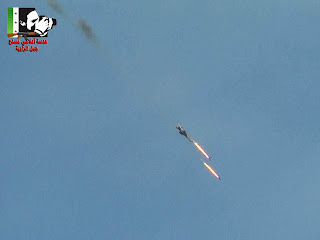 Another MiG-21 was spotted on 19 May 2013 also somewhere over the county of Idleb launching two S-24 unguided air-too-surface missiles.

The glorious and the awesome MiG-29 in an amazing frontal shot inside a HAS but unarmed (should be in Seen AFB). Unfortunately, the pilot does not mounts the advanced helmet with HMS system 'Helmet Mounted Weapons Sight'...just a regular one.

Another close up on the same MiG-29. 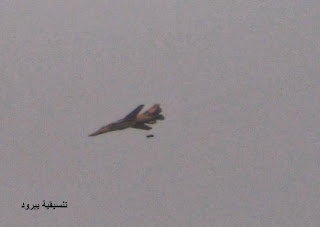 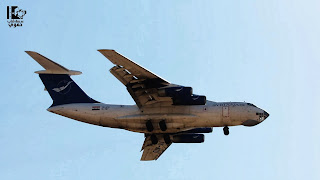 Very clear shot for a Syrian Air Il-76T with serial YK-ATD spotted while landing in Hama airbase on 25 Oct. 2013. 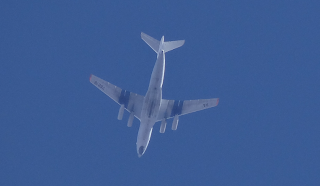 Just few days ago and specifically on 21 Dec. 2013, this Russian Air Force Il-76 carries the serial RA-78818 was spotted flying over Jabal Azzawiyah in Idleb province.
Posted by R.S 1 comment:

Back!! to all fans, sorry for this gap as I was abroad for a couple of weeks. Anyway, I came back with a load of new and rare images will be posted here shortly!
Starting posts of December from the point I stopped, as you all know it will be for the SyAAF Su-24MK.

Very nice shot for a unit in flight, I am not sure when it was taken and where...was it during the live fire maneuvers? or been taken by a ground staff of some airbase (either T4 or Seen) ?!?!
The airframe here carries the serial 2508, also all the pylons are fitted to the wings and fuselage.

The second interesting photo is for another Syrian Su-24MK photographed in the T4 airbase on 16th Oct. 2013. The serial is readable here and it is 2514.
The group here are called the 'Slavonic Corps' operating in Syria, for more info you should not miss reading Oryx's post about them HERE. 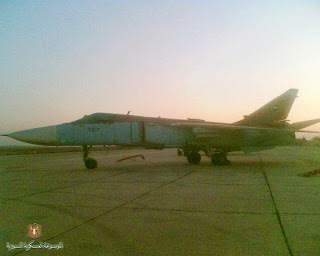 Another airframe with serial 2502 was photographed on ground. It is just abnormal to see this aircraft stationed with 45 degrees oriented on tarmac, so this imagery might be taken near/at the back yard of a HAS. 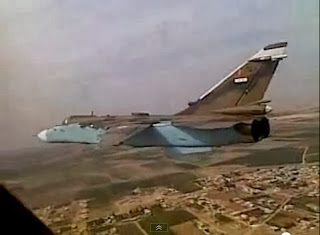 (Photo from: The Aviationist)
The famous Su-24MK videoed by a co-pilot on 15th Oct. 2011 passing over Aleppo city in their way to Rasm Al Abboud airbase (Kweres) in training just one day before the air personnel graduation ceremony held in that base.
The serial of this aircraft could be read 2509. 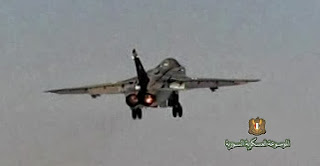 A shot for a Syrian Su-24MK just after taking off appeared in media in the state channel during the live fire maneuvers took place on July 2012. 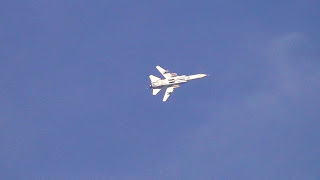 In action: the SyAAF relied a lot on this machine in ground attack sorties over Aleppo, Idelb, Homs and recently Dar'a with very few times seen over Eastern Ghouta in Damascus.
This one was spotted over the northern county of Aleppo (towns of Hayyan and Hreitan) loaded with Eight free fall bombs FAB's. 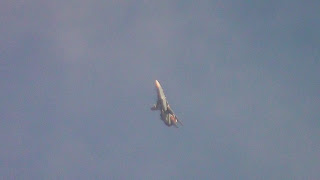 It turned back after it carried out its attack sortie.
The fleet of Syrian Su-24MK's is based mainly in T4 AFB with some units in Seen AFB. 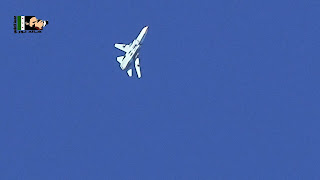 Over Idelb and specifically over Jabal Azzawiyah area the Su-24MK's are flying almost daily like this one spotted there on 18 Sep. 2013.

I would advise readers to have a look on Oryx's article about the same HERE with much details about the recent upgrade some of the SyAAF Su-24MK's have received.
Posted by R.S 2 comments: