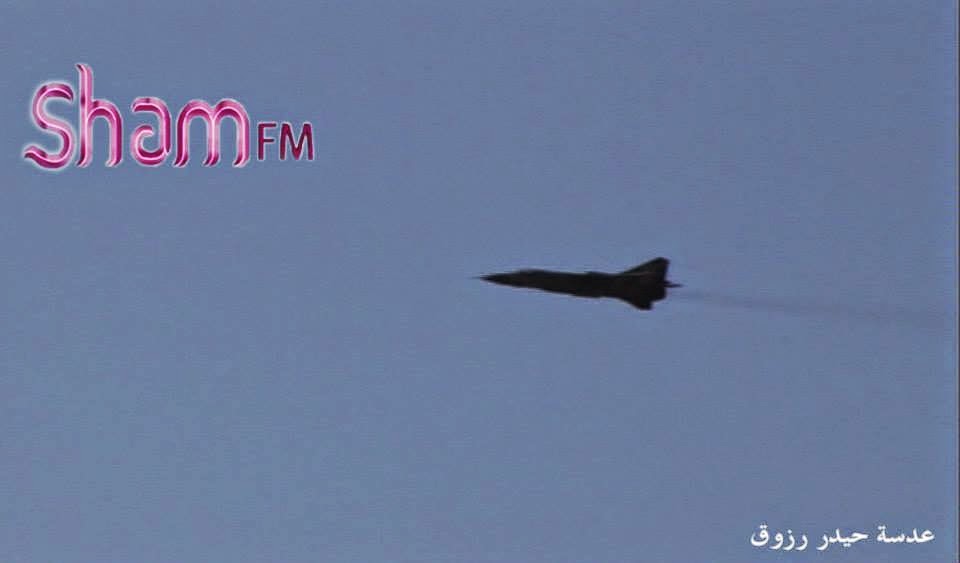 A valuable photo I could find on web during my daily search for SyAAF stuff, the first appearance of a SyAAF MiG-23MLD flying over Syria!
This MLD was spotted flying over Al-Zara town (Homs governorate) on 7th March, 2014 during the Syrian Army offensive to retake Qal'at Al Hosn 'Krak des Chevaliers' area earlier this year.

The MLD -externally- is famous -and special- with its original chaff/flares dispensers mounted over wing roots at both sides as shown in the profile above. 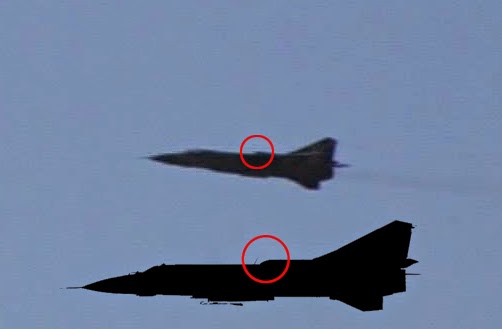 The same profile is blackened here and compared to the photo of the Syrian MiG-23 that confirms it is one of the 33 ex-Belarusian MLD's delivered to Syria on 2009.
Posted by R.S