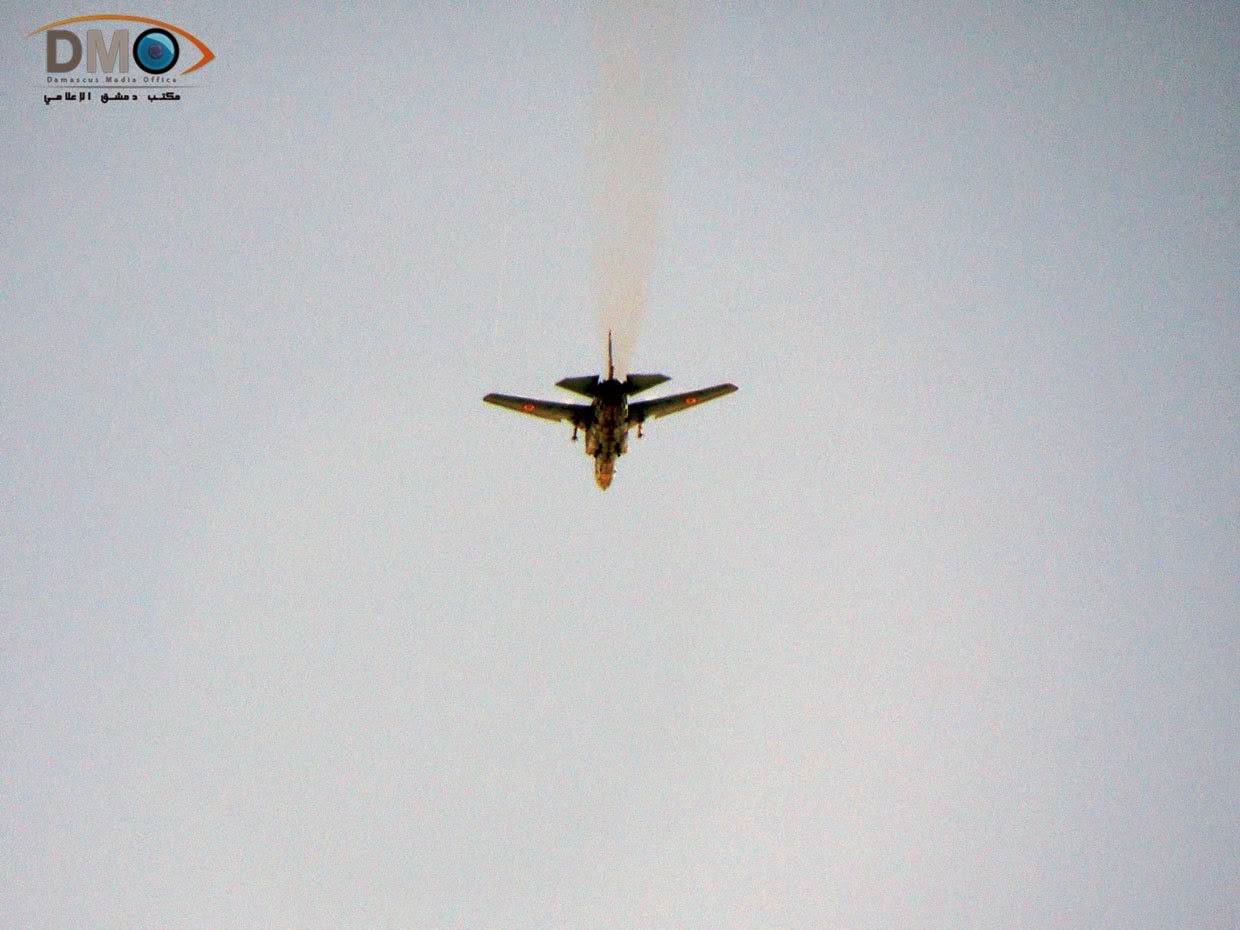 Some photos for SyAAF MiG-23BN's spotted during the Syrian Army offensive against rebels in Damascus Eastern Ghouta towns (namely Mleha) in which this bomber played the main role in ground attack raids, as some days recorded more than 30 sorties for this type of aircraft.
A photo above for a Syrian MiG-23BN spotted on 12th May, 2014 on its way back to base (should be Nasriyeh AFB). 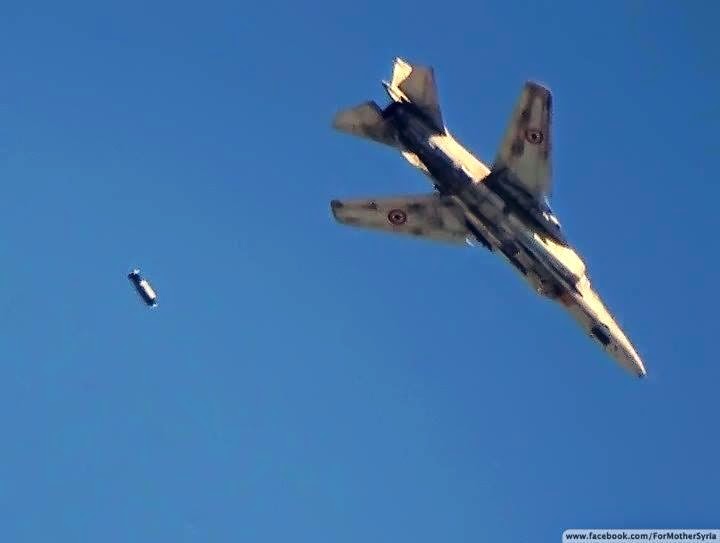 Another BN dropping a FAB-250 bomb. 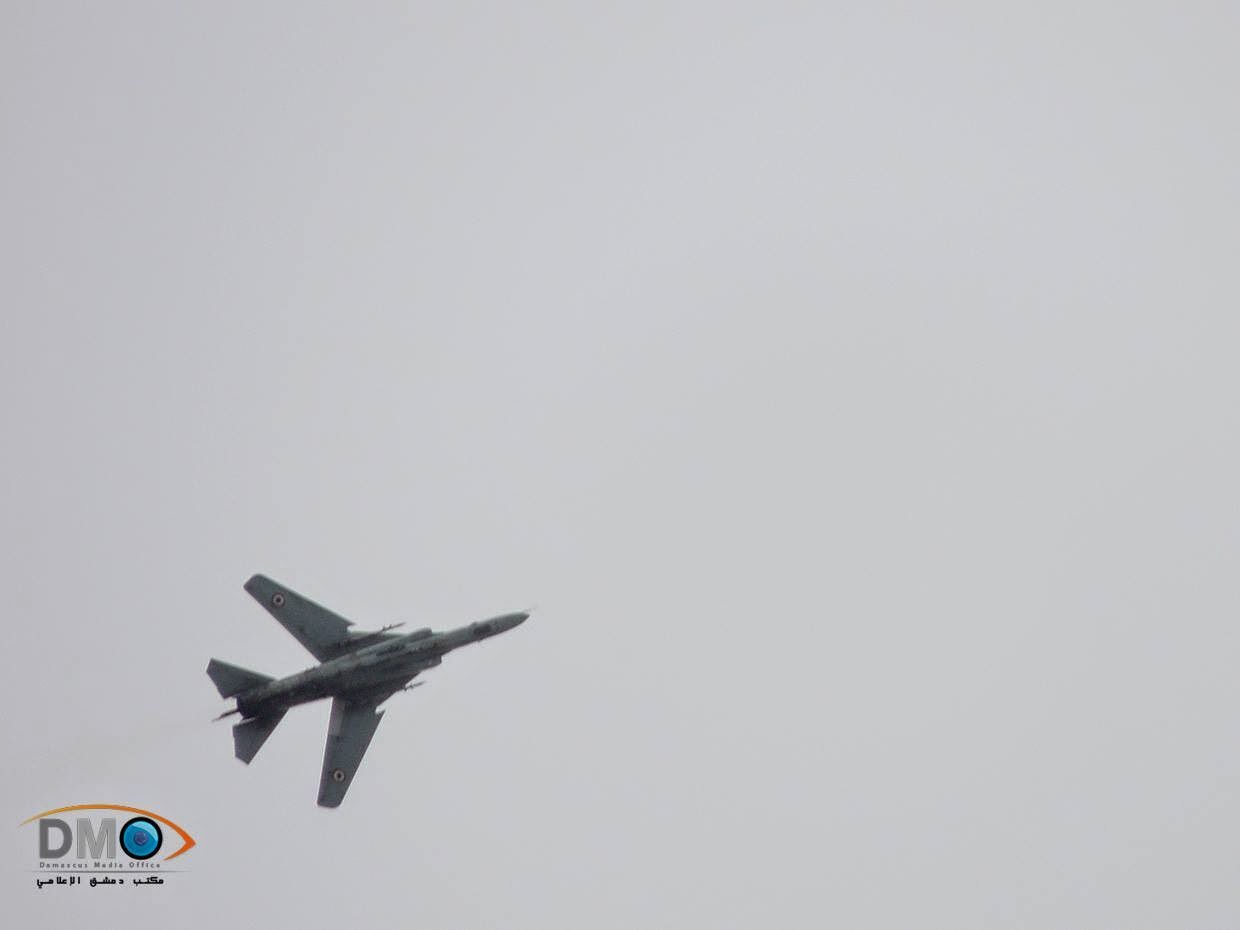 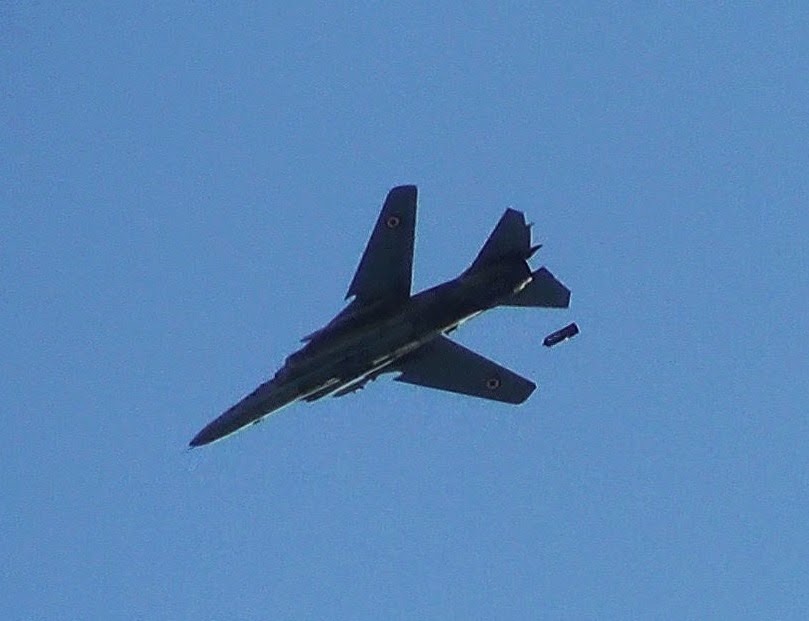 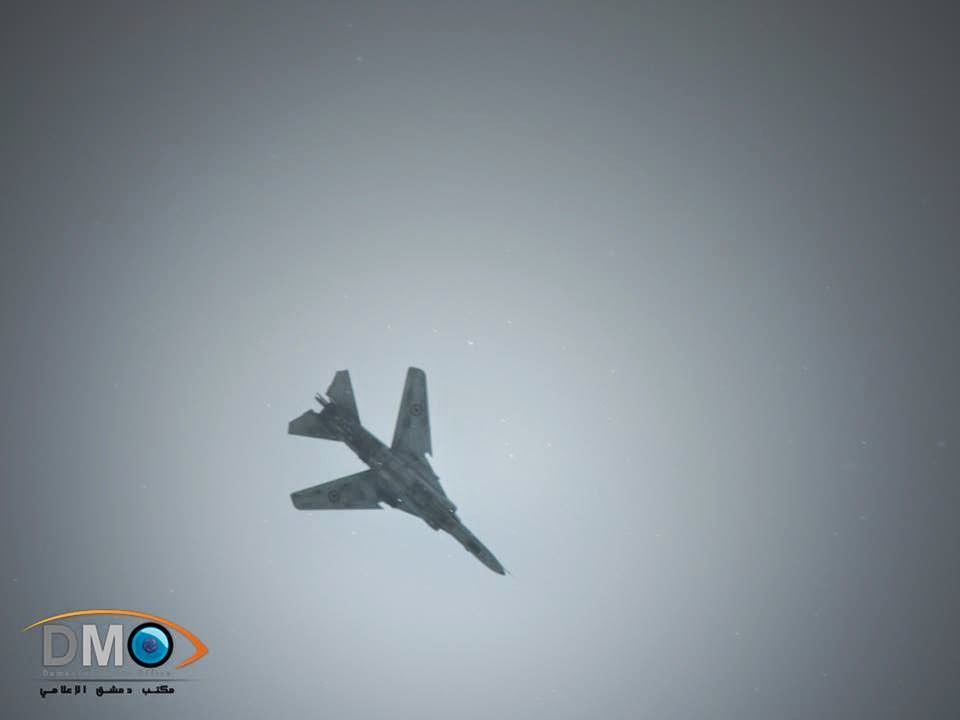 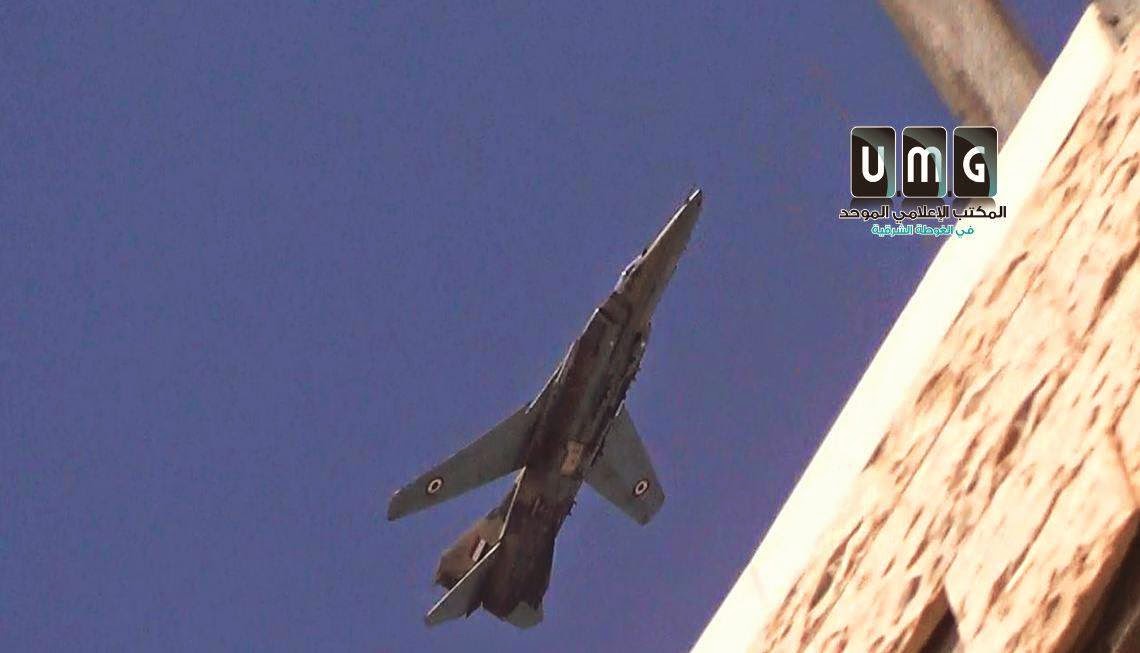