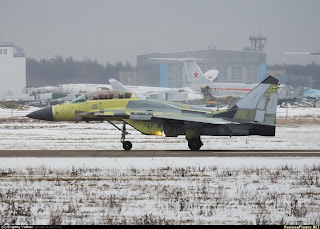 A photo has been recently revealed for a Mig-29M/M2 thought to be one of 24 units ordered by SyAAF.
According to "Take Off" magazine (issue June 2011), the contract was signed in 2007.
Mig-29M/M2 that are close enough to the MiG-29SMT in terms of avionics, weapons and combat capabilities, but are, actually, newly-built aircraft, with the airframe, powerplant and avionics fit being the same as those of the Generation 4++ MiG-35. 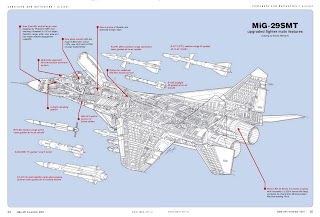 (diagram extracted from Take Off magazine) 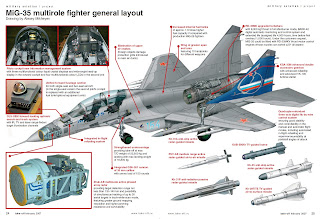 (diagram extracted from Take Off magazine)
Some sources reported that the single-seaters of (MiG-29K/KUB, MiG-29M/M2, MiG-35) were manufactured by the MiG Corp.’s production facility in Moscow and the twinseaters by the Sokol plant in Nizhny Novgorod.
Posted by R.S