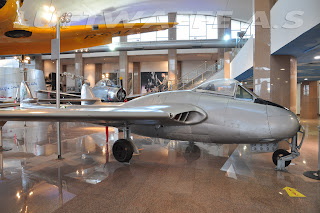 The last part of this fast tour in Riyadh Museum, in the left wing indoor, De Havilland Vampire FB-52 reg. 541.
Vampire was the first jet aircraft to fly for RSAF since it entered service in 1957, retired in 1960. 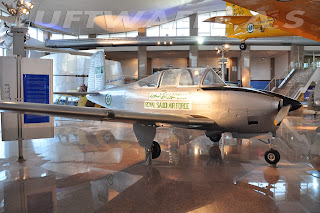 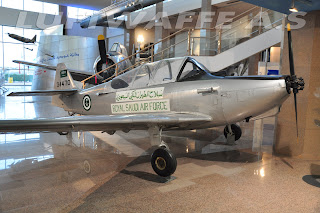 The U.S. trainer TEMCO TE-1B Buckaroo (T35) reg. 34470; one of the earliest aircraft used in training in Dhahran air base.
10 units built and delivered to RSAF under the mutual defense aid plan. 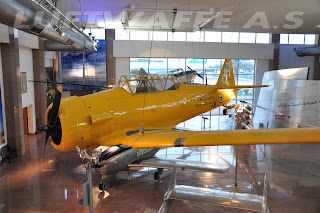 Again...T6 Texan !! reg. 91-713; note that the engine frontal frame is different that the Texan displayed outdoor which is more exposed than this. 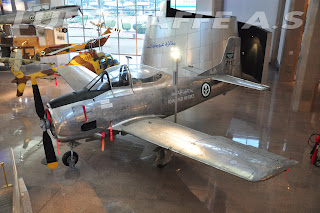 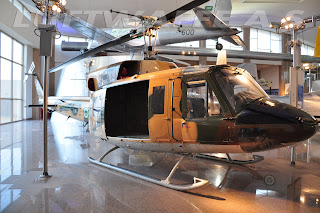 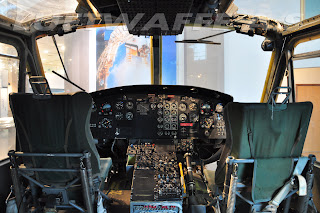 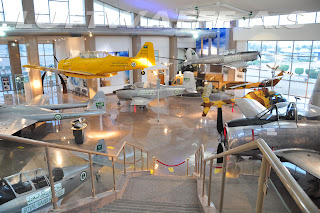 General view of the left wing. 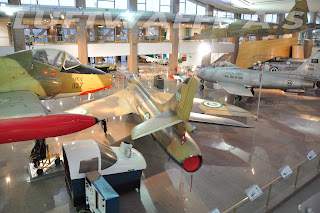 General view of the mid area; I recommend to visit this amazing museum which contains airplanes from the early days of flight over Arab Peninsula preserved in an excellent condition.
What it may need more to be perfect...is the BAe Hawk, Pilatus PC-9, Alouette-3, Tornado IDS in desert camo and the Typhoon (of course won't be here in the near future).
Posted by R.S