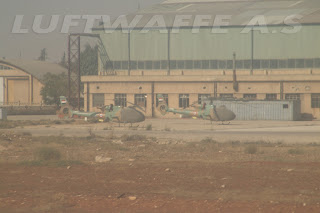 Other exclusive photos I took myself either ;), two SyAAF Gazelle's stationed in Neyrab airbase in the preparation for the parade will take place after a couple of days, specifically on 16th Oct. every year, it is good to mention that Gazelle is the only western helicopter used by SyAAF. 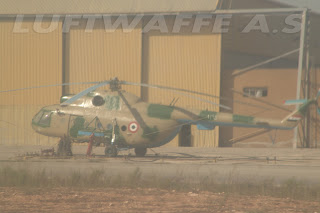 SyAAF Mil Mi-8 carries the serial 1295 or 1395...not that clear. This Hip had received its regular maintenance/overhaul in 'the factory' facility.