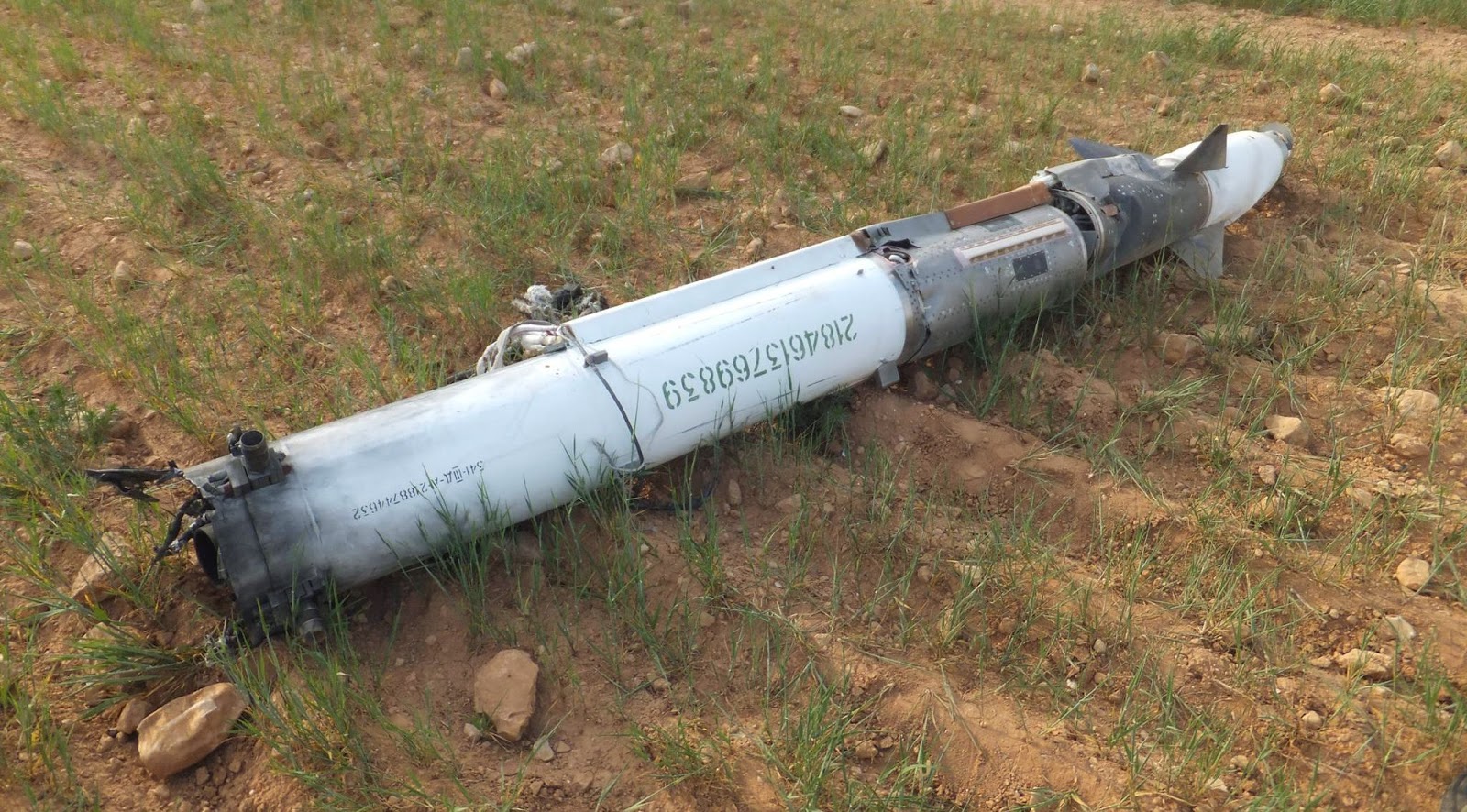 On 25th March 2014, the Syrian mighty MiG-25 recorded its first appearance since years, in action over the eastern countryside of Hama governorate, exactly over Eqeirbat town. After that, the SyAAF kept sending this interceptor to that area as recorded on 28th March, 2nd April and 4th April.

On 4th April, remnant of R-40 Air-to-Air missile -as can be seen above- was found unexploded in the suburbs of Eqeirbat confirming the incident which was witnessed by a local, reporting the aircraft launched pair of missiles which were 'the time they left the aircraft' slower than those usually fired from pods (unguided rockets).

Here above, I publish this EXCLUSIVE video which is considered the proof of that incident took place on 2nd April showing the twin-tailed jet firing a pair of R-40 missiles against ground targets in an action could be registered a unique of its type in the whole air combat history!!

P.S This post is preferably to be read in conjunction with Oryx's POST about the same incident.
Posted by R.S