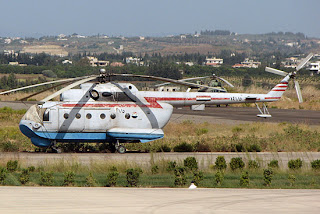 Few valuable photos collected from web -with full respect to owners- showing helicopters used in Syrian Navy.
The above photo is Mil Mi-14PS Haze-C (search & rescue variant) reg. 1475, colors of camo are still in good saturation while date of this photo is unknown. 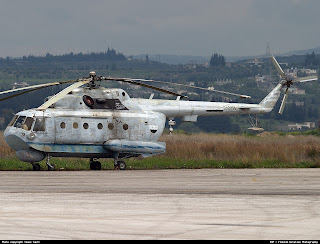 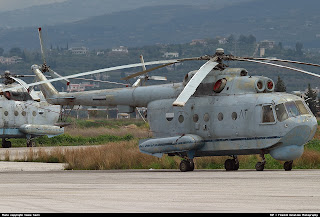 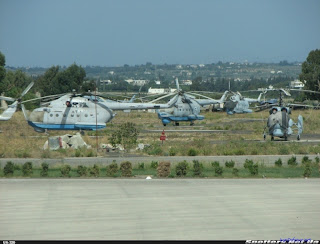 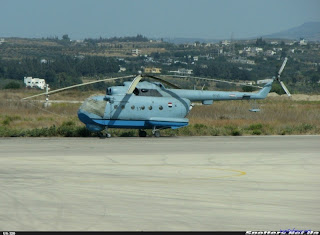 This Mi-14 looks in good operational status with reg. 2396, note the torpedo fitted at the rear of fuselage.
According to open sources, Syrian Navy used to acquire 11 Mi-14's, all based in Lattakia airport; an observation through Google Earth clarify that around six units might be in good condition while four fuselages are razor-less !! 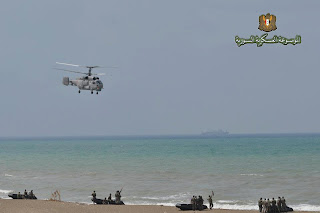 Nice shot for the Kamov Ka-27 during the latest maneuvers took place early last month; Serial number is in white but unreadable. 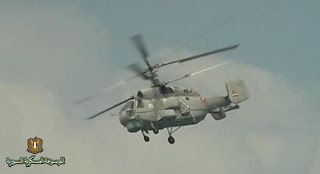 It looks that Syrian Navy operates around 4~5 units of Ka-25/27, all of them are based in Lattakia airport while one phased-out fuselage of Ka-25 is transferred to Rasm Al Abboud AB (the air academy near Aleppo) for training purposes.

In this video of the live maneuvers last July, one Mi-14 appears in 0:15.
Posted by R.S