In my post of yesterday I published a photo appeared recently on a FB page for a partial view inside a Syrian Su-24 cockpit. The cockpit definitely belongs to one of the modernized 'M2' Fencers. 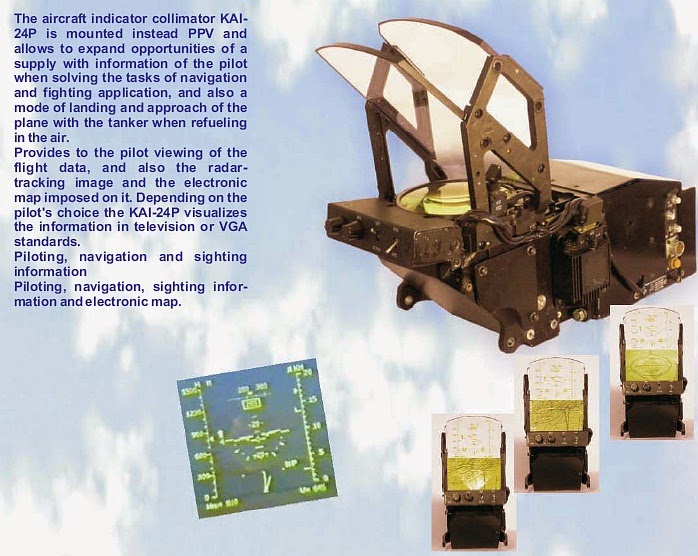 As we can clearly see the new double-glass ILS-31 HUD replaced the old one, the black rubber/plastic shade over the device below the HUD is removed as well. 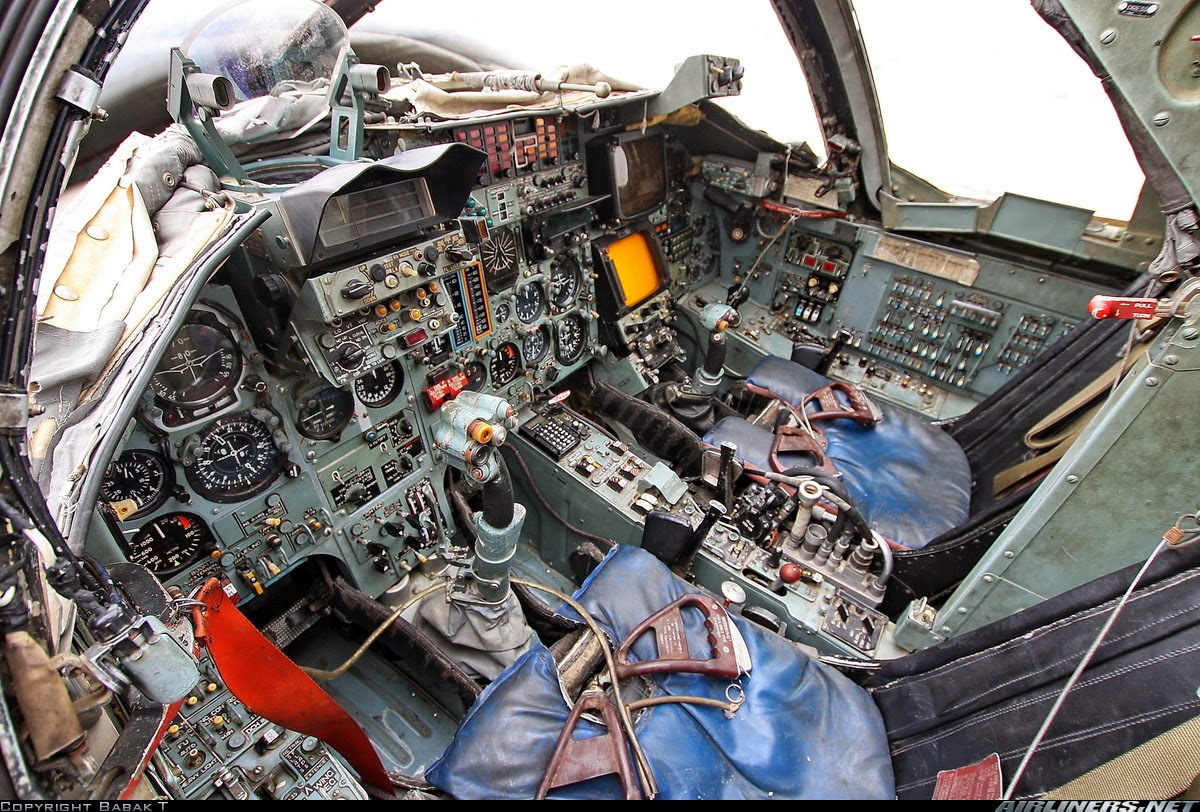 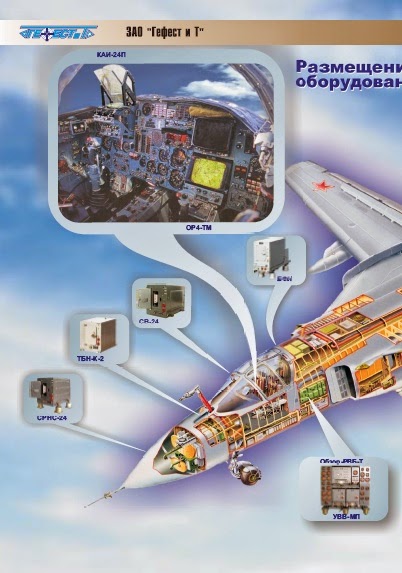 The new layout of the 'M2' cockpit can be seen here above, and a brief about the capability of the modernized Su-24M2 can be read HERE. It's interesting to know that the 'M2' standard is capable to carry the armament originally developed of the Su-34, but the question is: Did Russians supply such advanced weaponry to Syrians?

In June 2000, together AHK "Sukhoi" and NIIREK was introduced more advanced avionics upgrade option Sukhoi Su-24M2. Update provided for replacement of the old radar display on new monitor IT-23M with cathode-ray tube, installing a new system instead giroinertsialnoy SLE and compact inertial MIS-F, 737-A receiver satellite navigation system, LED display digital maps, head-up displays ILS-31 (similar to the Su-27SM) instead of the display system to attack and navigation sighting PPV, as well as other new radio devices and flight data recording system, pre-entry systems. Subsequently, the aircraft avionics were added color LCDs instead of electron beam, the new software for the onboard computer. All of these updates should ensure that guided missiles Kh-31A, Kh-31P, Kh-59MK, air bombs KAB-500Kr with television guidance system and electronic systems electronic warfare. It is reported that the improved Su-24M2 first flew in 2001 and has since been exhibited at various airshows with suspended guided missiles and new types of bombs"
Posted by R.S